I’ve found a river that has no fish in it. 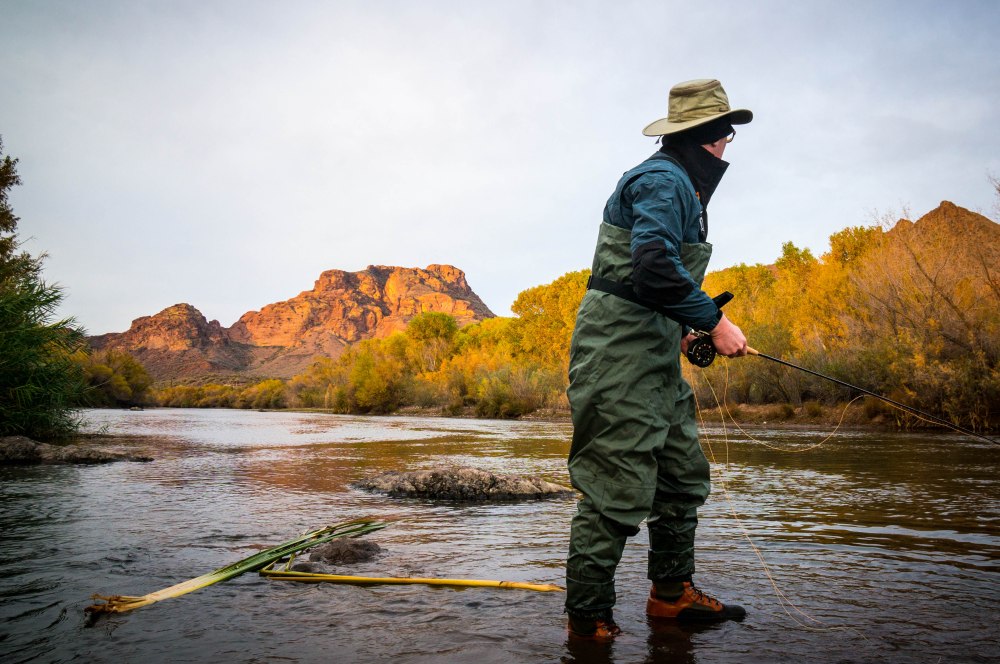 At least that’s that what I’ve come to believe. Allow me to explain: 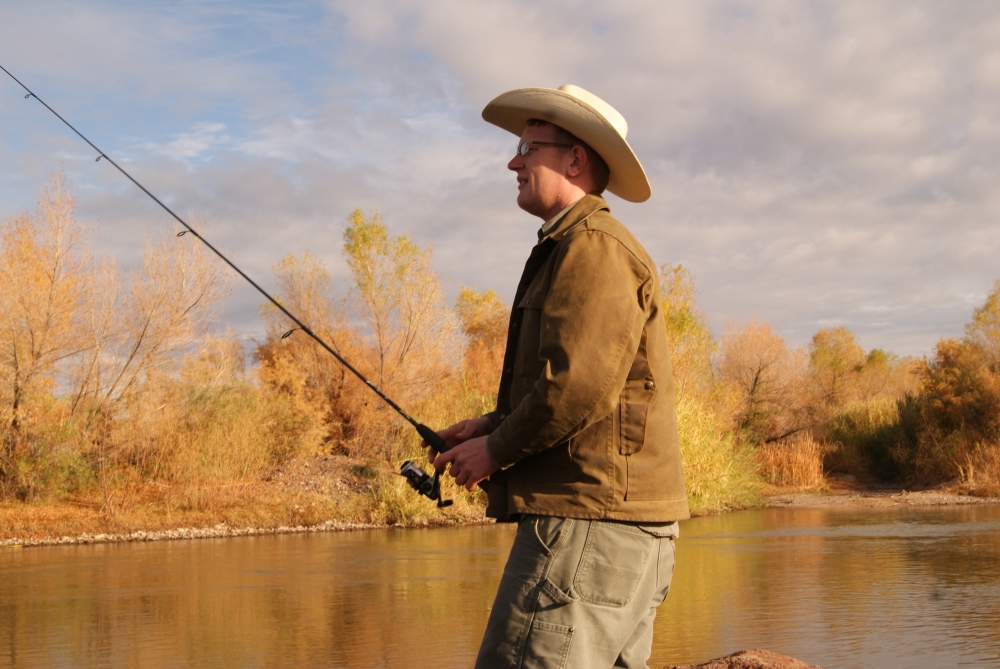 That was the first time I fished the Lower Salt River. Angie and I were looking for a place to break in her Christmas present, a new spinner rod and reel (EDITOR’S NOTE: Brave Christmas present choice, Past Max). After a few WHO-MOVED-MY-TACKLE-BOX accusations, I managed to dig through the mountains of fly gear that filled the fishing closet to find my long lost spinning rod. It was like meeting and old friend. 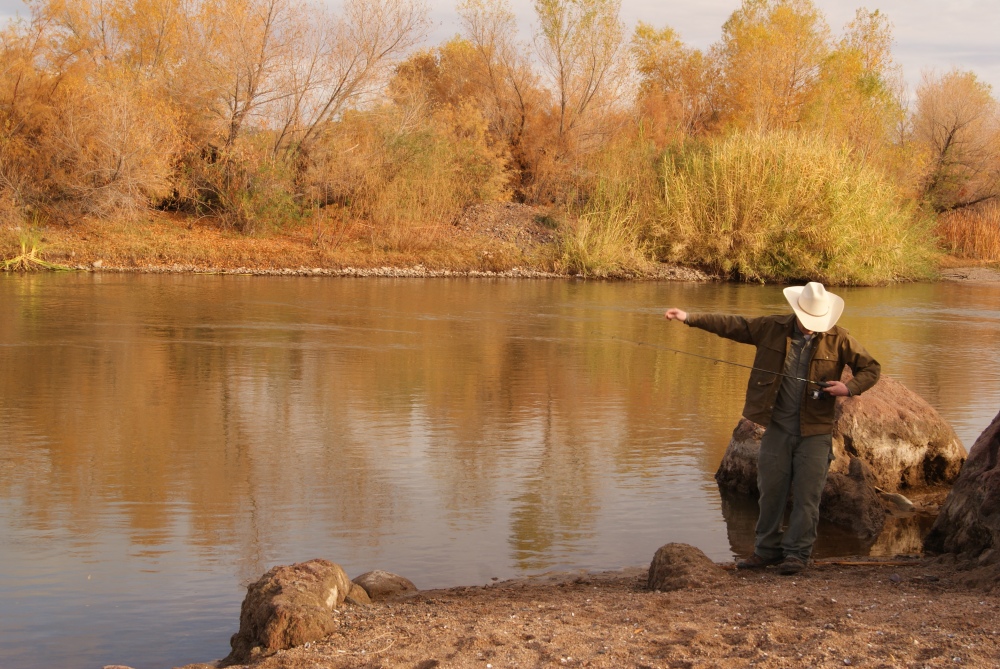 An old friend who got tangled a lot and refused to catch any fish. All told it was a long day, with lots of fish feeding off the top and a wife whose new rod and reel was not bringing the bacon. Self assured, I blamed the lack of luck on our primitive methods and promised to return next time with some tackle for the more discerning fish.

We’ll, I’ve been back a few times since then, but every time it is exactly the same thing. 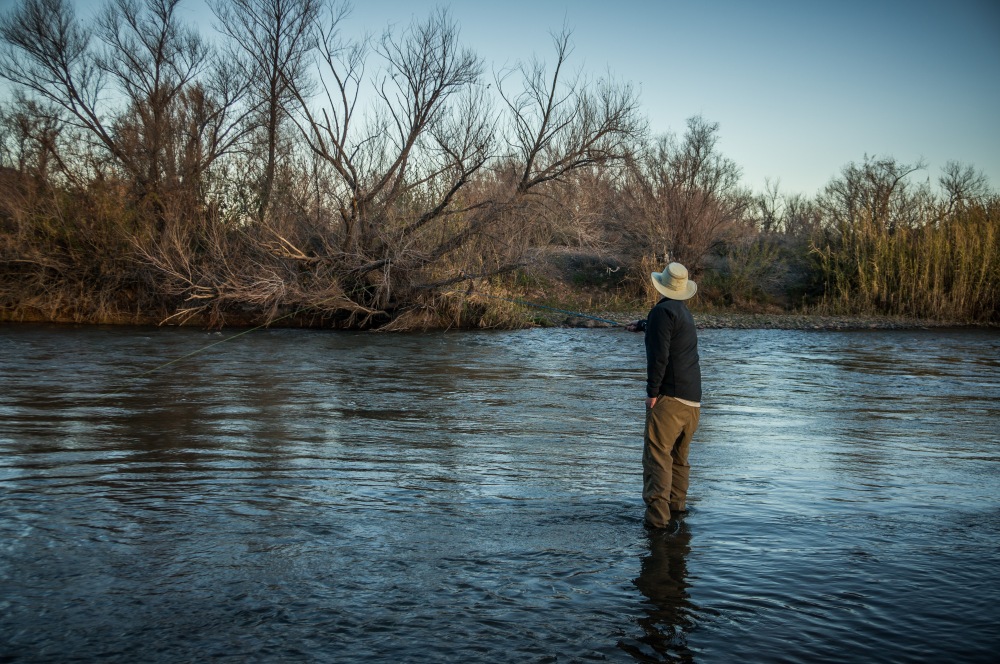 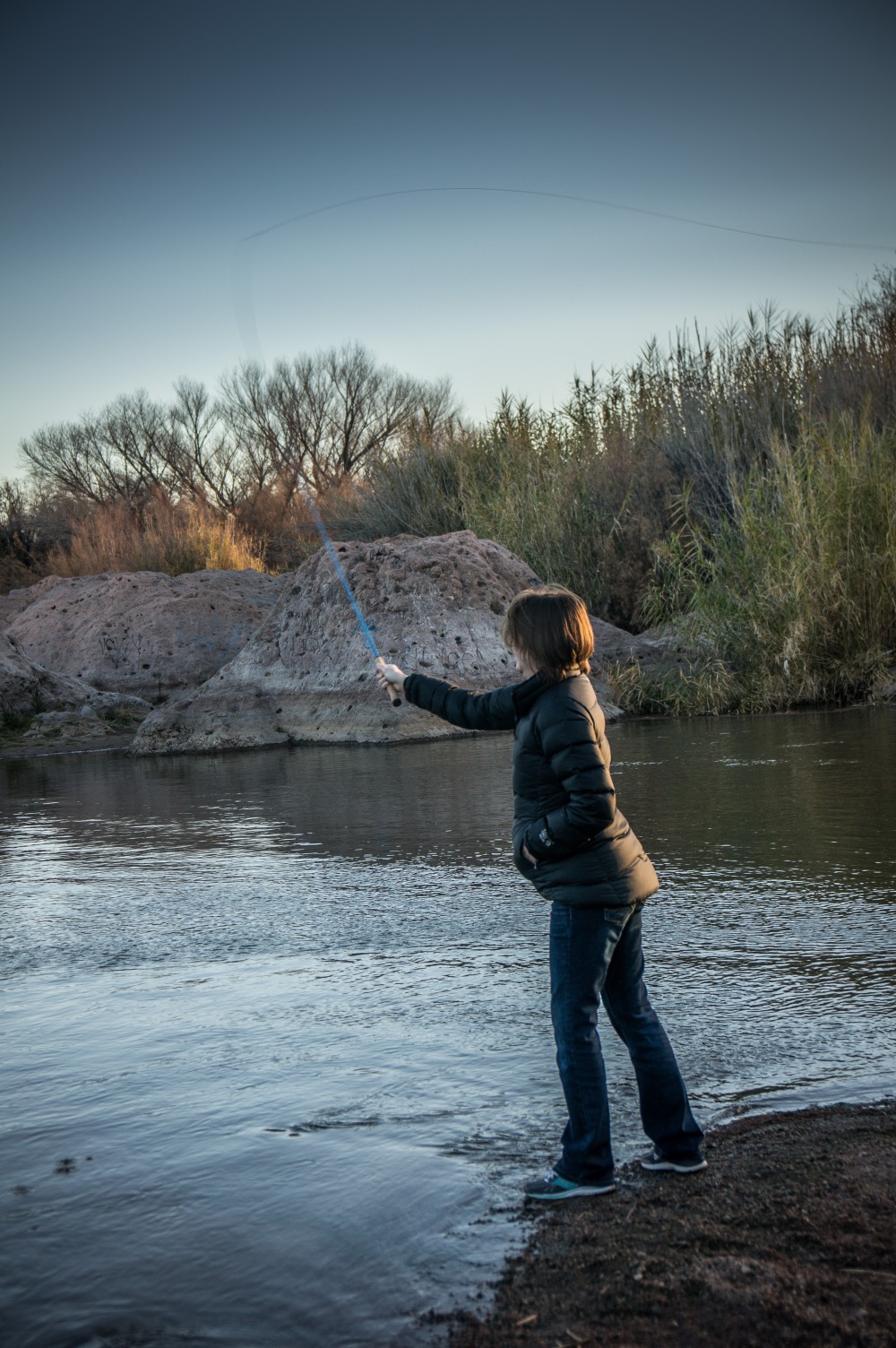 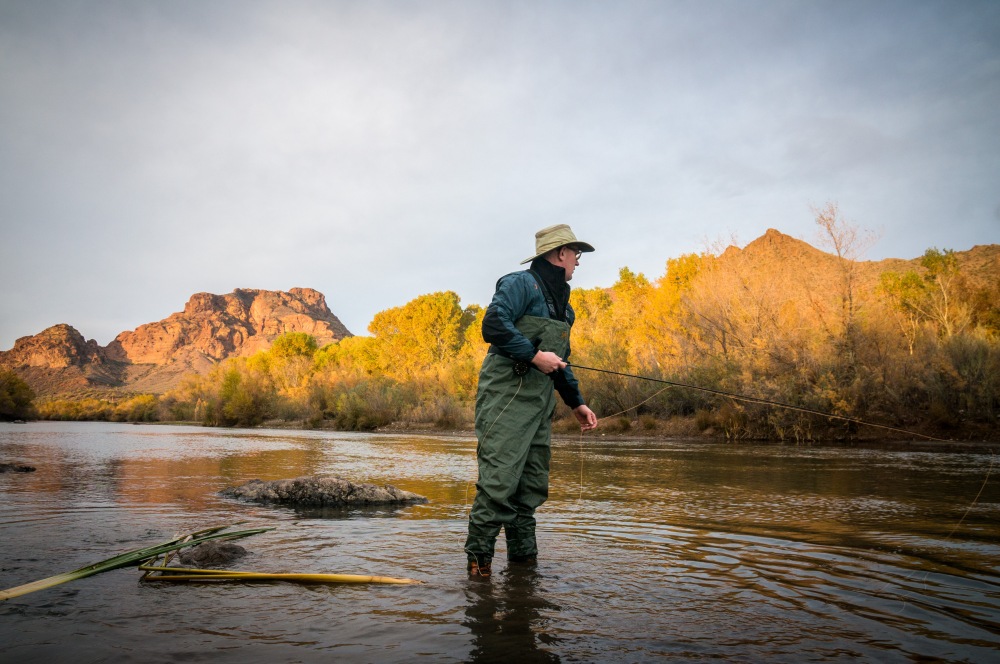 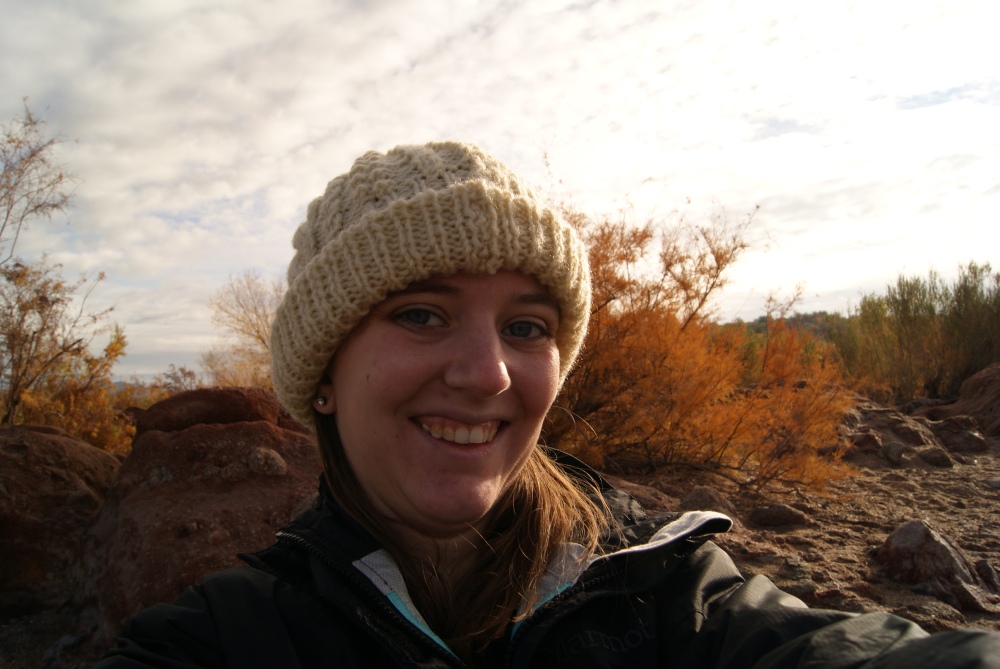 No fish. And that’s when I realized the Lower Salt River has no fish in it.

All of which brings us to last weekend. After an amazing trip fishing my Tenkara Rod Co. Cascade (rod review HERE, fishing story HERE) on the the East Fork of the Black River, Curry finally broke down and bought a rod of his own. He settled on the Sawtooth, a nice all around choice and we were itching to break the sucker in. Unfortunately I’d burned much goodwill on THE GREAT DEER HUNT OF 2016, so we needed someplace close. The Lower Salt beckoned again.

We arrived at dawn, fishing more upstream than I had in the past. As we approached the first fishing hole we paused to asses the situation. Then I saw it: a monster attacked the top, breaching fully. Dry flies it is. 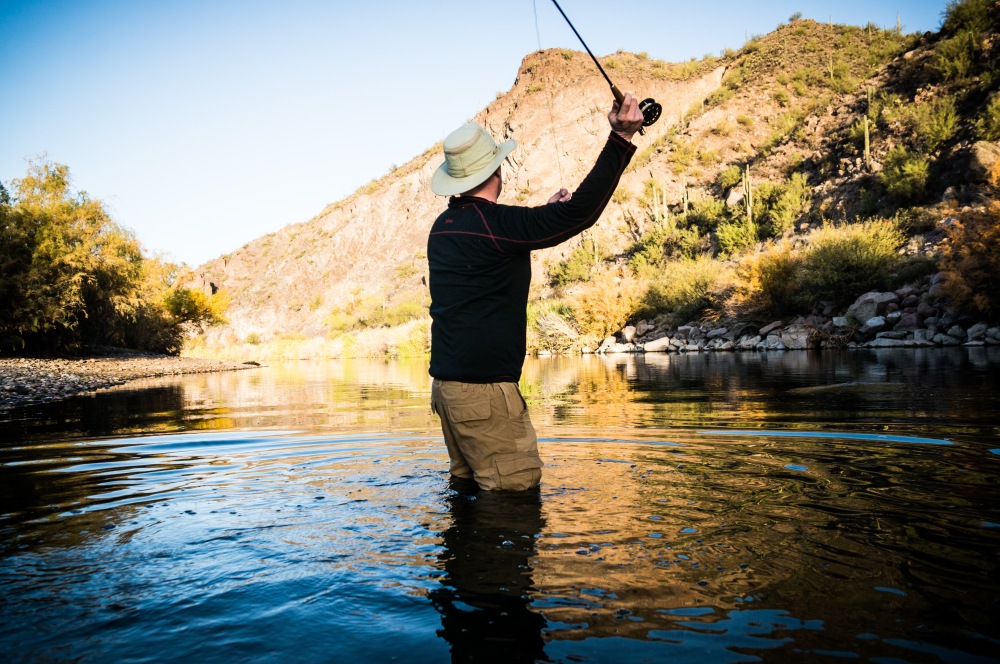 Looking around we couldn’t see an obvious hatch, so we started with our beloved and reliable Arizona Wanderings mini-hoopers, 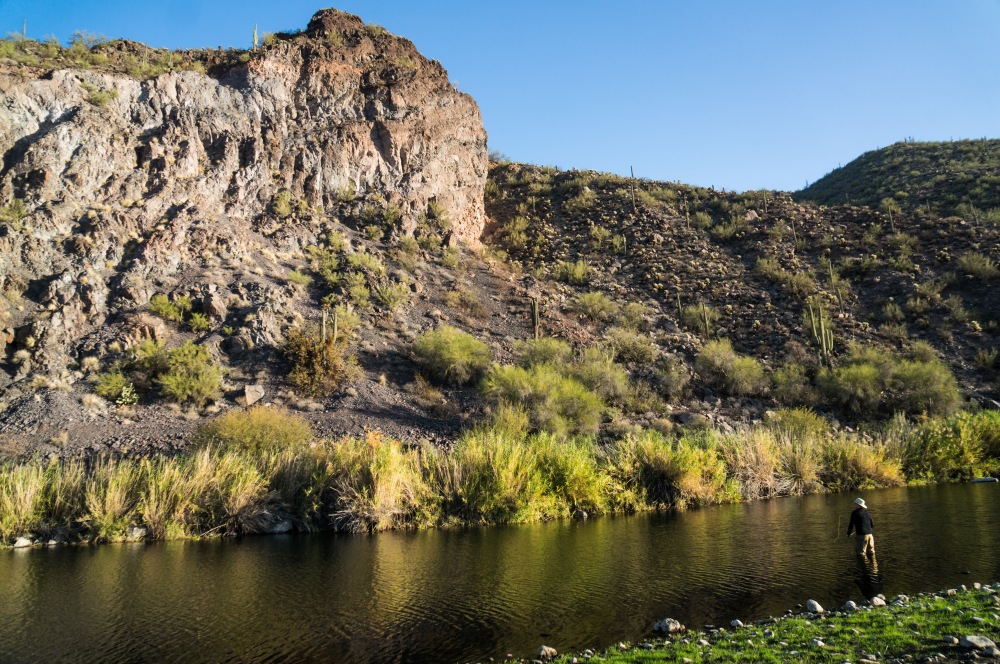 Nothing. Then we fished parachutes, 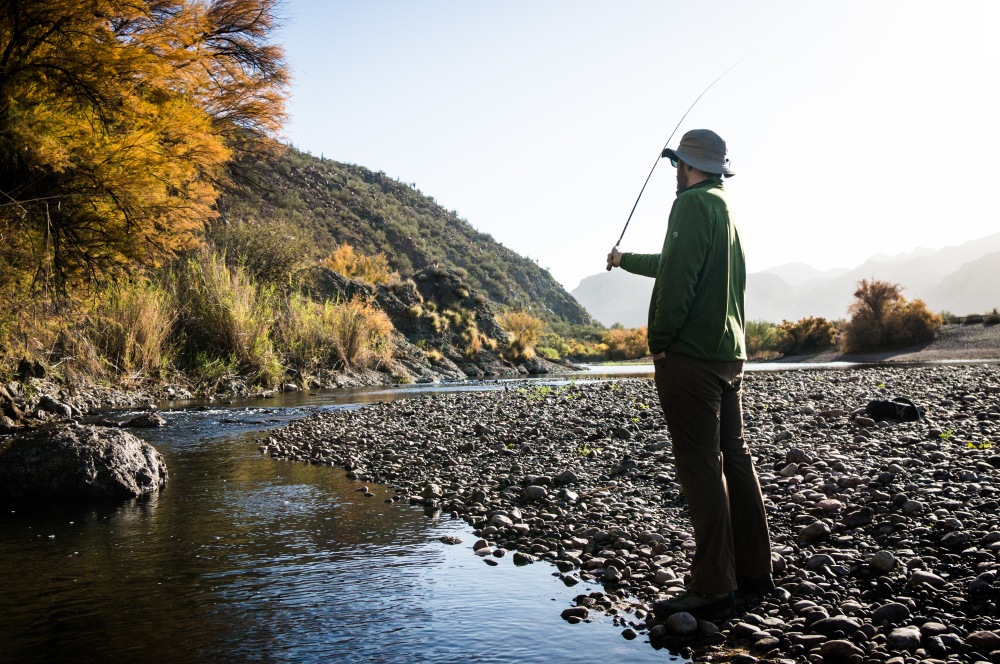 Nothing. Then we fished wulffs, 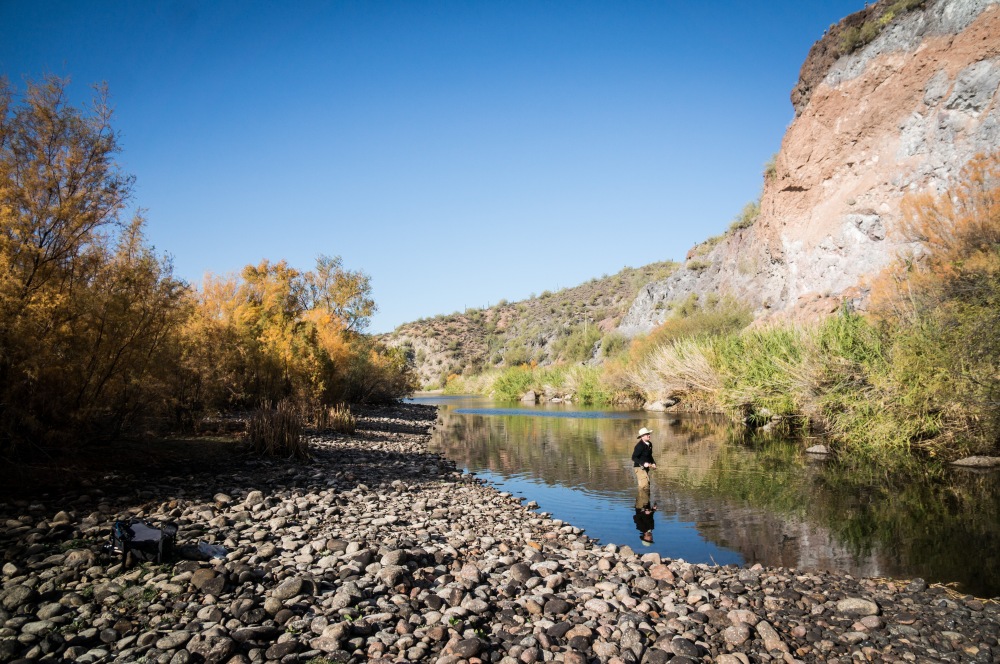 Nothing. Finally it was time for a real change of tactics. Maybe they were feeding on the bottom too, we thought, Old wooly booger, don’t let me down! 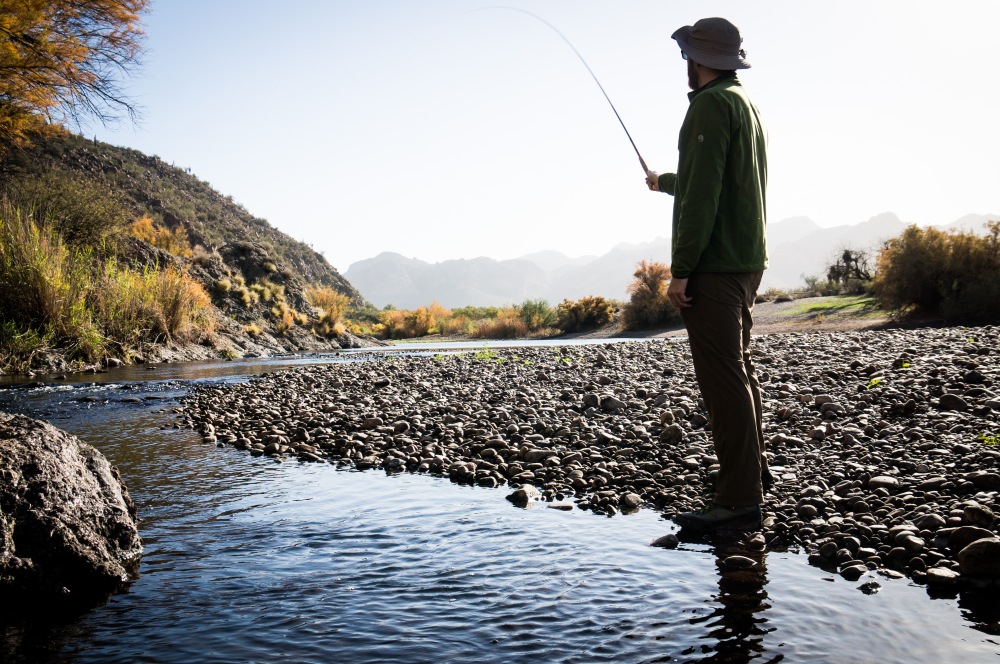 Yeah, this probably all sounds crazy: After all, I’ve seen fish there, and AZGFD stocks the bejeezus out of the place, but I’m telling you, there simply cannot be a fish in that stretch of river. Hear me out:

I’ve fished all over this state, 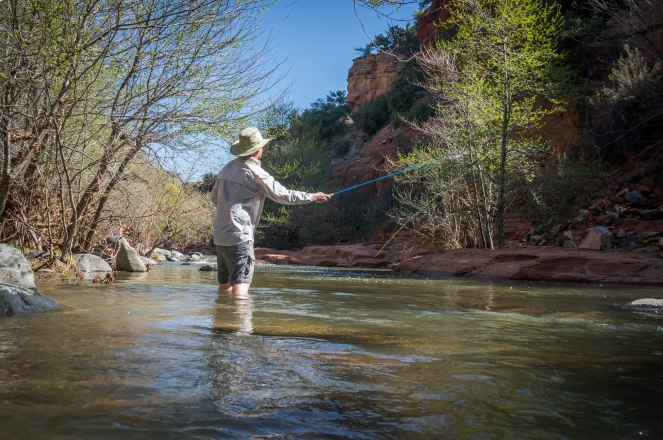 Pretending to be competent 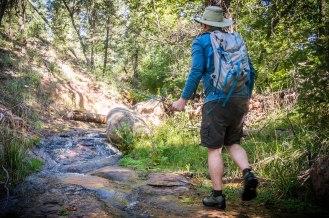 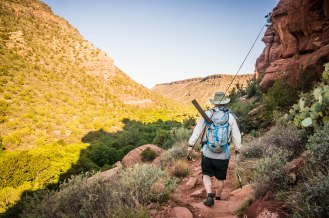 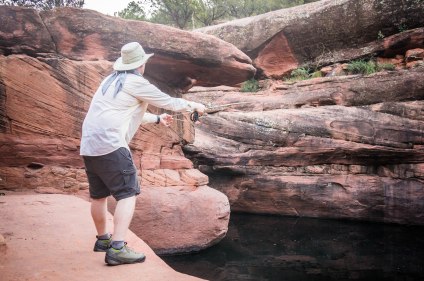 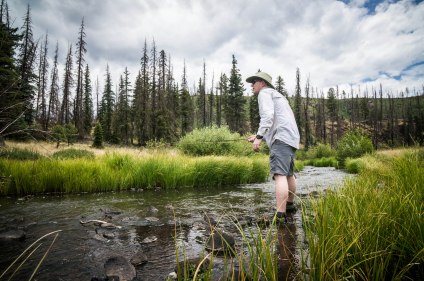 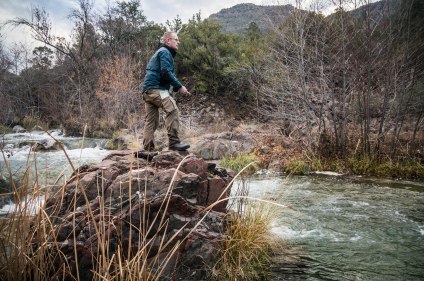 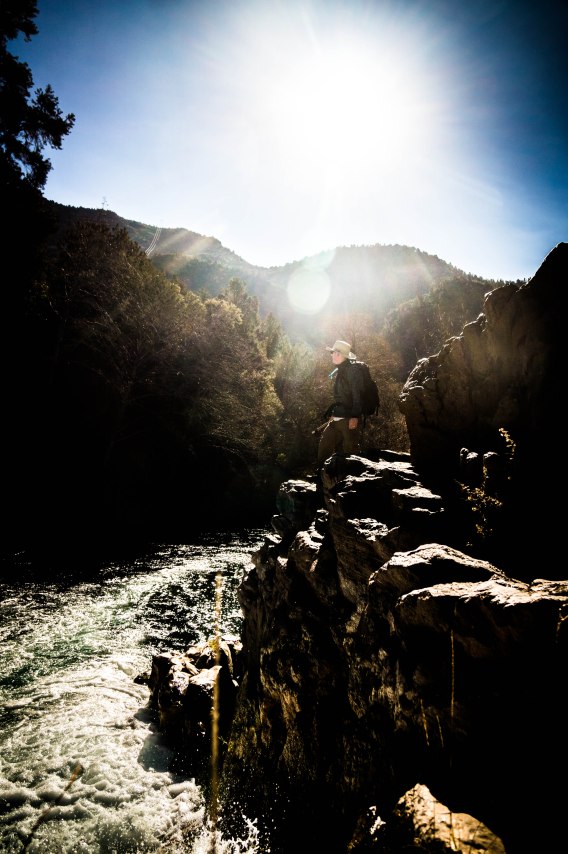 And yes, I’m a bit of a small stream specialist. The Salt is  just big enough to push me out of my comfort zone, so maybe that explains this all.

But, but, but, it’s been 4 years since I’ve fished someplace other than the Lower Salt River and come up completely skunked. These are almost always small fish, but still they are something. 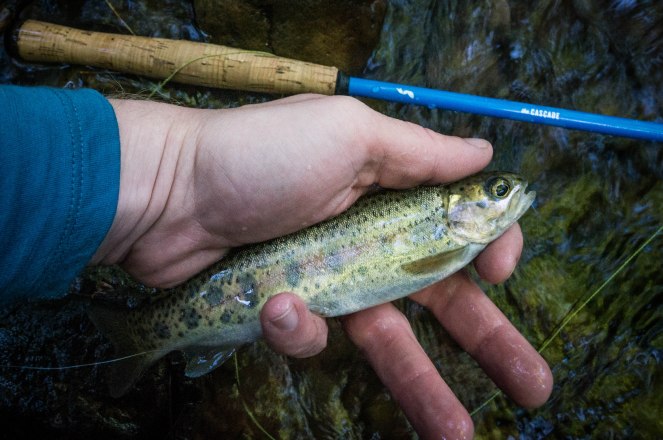 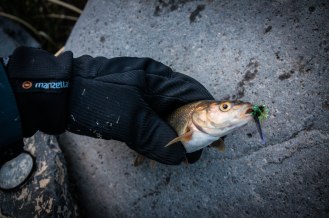 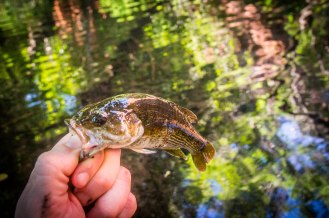 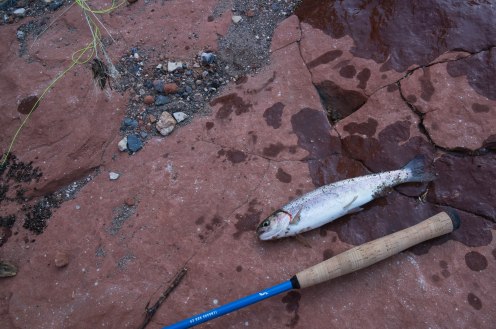 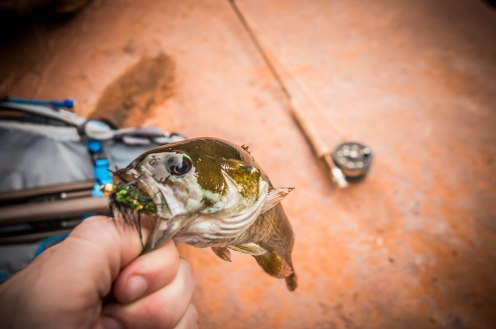 So, after six years of fishing it and coming up empty there is only on reasonable conclusion: There are no fish in the Lower Salt River.

Or maybe there are.

You can follow Lesser Places by email, or on Twitter, Tumblr, andInstagram using the menu at the top of the page. Or, you could click the links below to share with your friends directly. Or, copy and paste the URL someplace you think people will find it useful. Or, print the story, place it in a nice envelope, and send it to one of your friends. Basically we support any way you want to share.  No, we aren’t above begging. 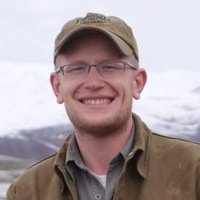 7 thoughts on “The Cursed River”